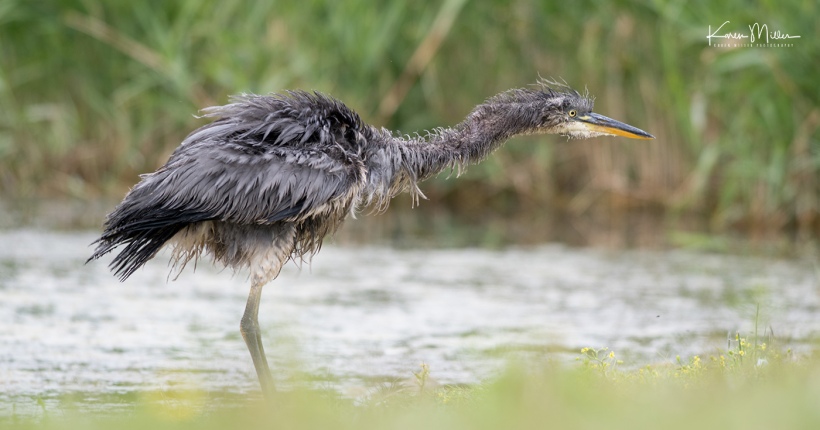 Now I’m back home I can’t quite believe I tried to fit so much into such a short period of time, but between 12 July & 21st I visited East Lothian twice, Mull (+ Ulva and Lunga) and Aviemore and in this time I photographed seabirds, birds of prey and mountain hares with varying degrees of success.  Slightly insane, but an enjoyable, if exhausting, trip nonetheless.  I’m going to split this blog into three to cover each of these locations starting with the couple of days I spent based in East Lothian.

Why East Lothian before Mull?  It’s in completely the wrong direction from Glasgow! Well, my parents had kindly volunteered to look after my crazy hound Murphy, and it was a nice opportunity to spend a couple of days with them before my trip officially started.

My Mum and I went down to the John Muir Country Park and soon found ourselves at the small Seafield Pond on the outskirts of Dunbar.  There was a family of swans with quite well developed cygnets. 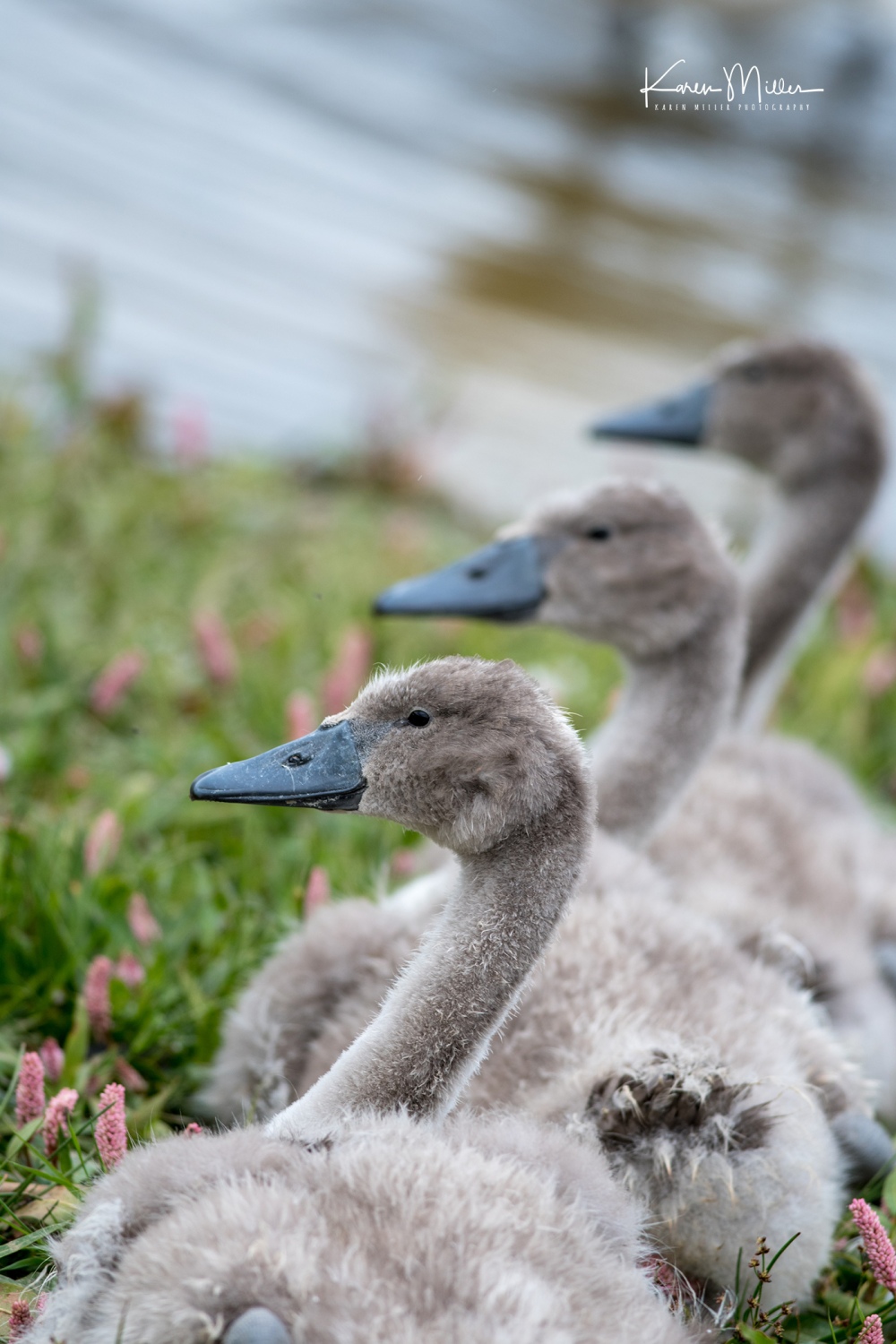 …but the bird that really caught our attention was a juvenile grey heron.  There were a number of herons both adult and juvenile around the pond, but this one, a scruffy yet endearing individual, didn’t yet seem able to fly.  It pottered about at the edge of the pond and I crept a bit closer – it’s not often you can get within a reasonable distance from a heron as they are quite flighty (only other place I’ve ever had any success was Gosford, also in East Lothian and that too was a juvenile).  This bird didn’t seem at all stressed by our presence and on more than one occasion moved even closer – too close sometimes. 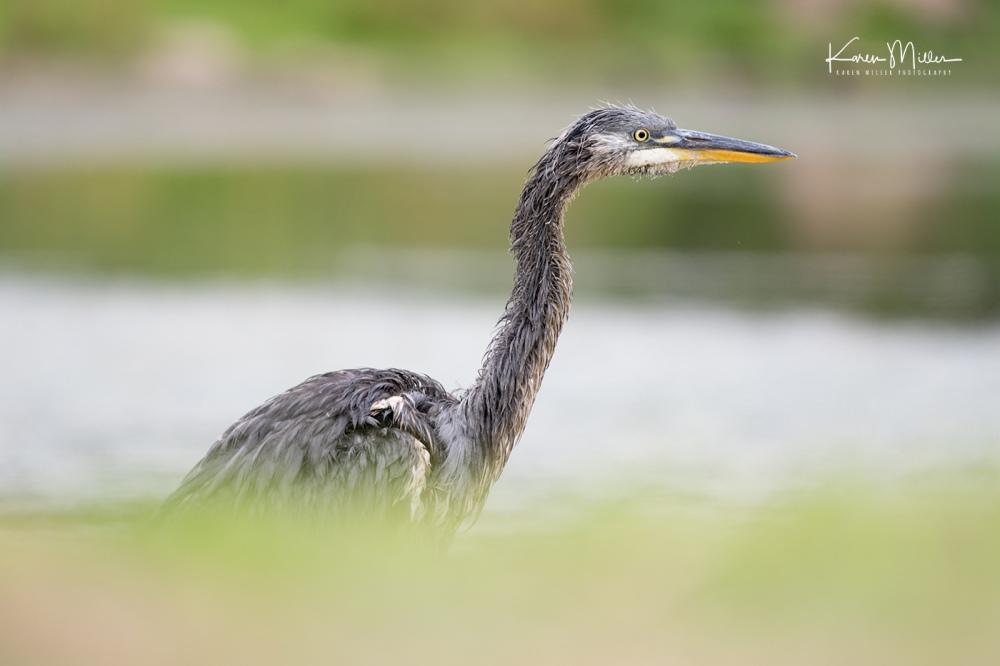 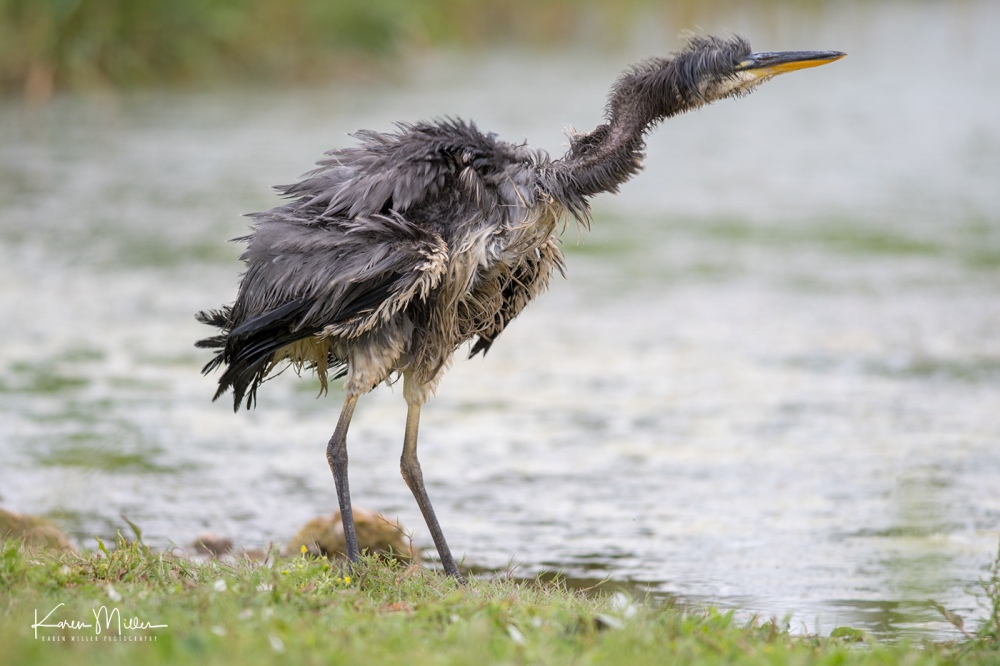 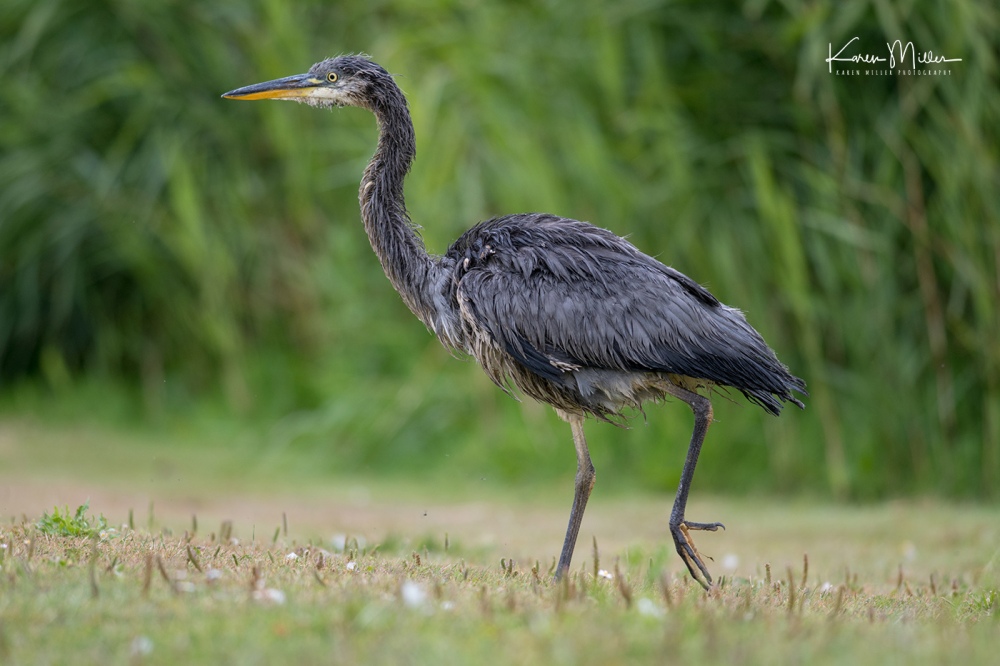 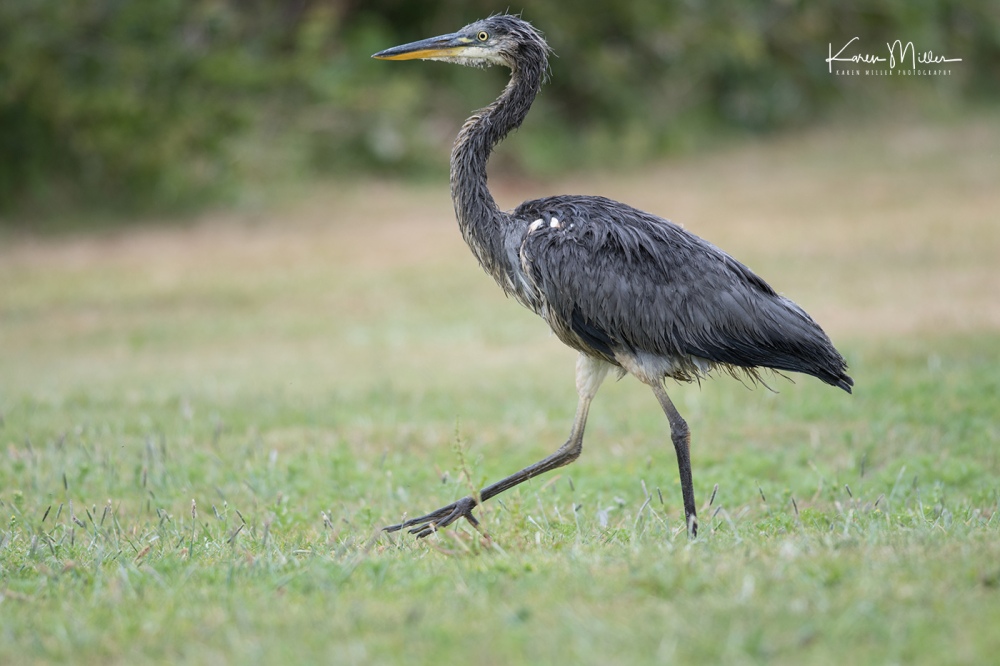 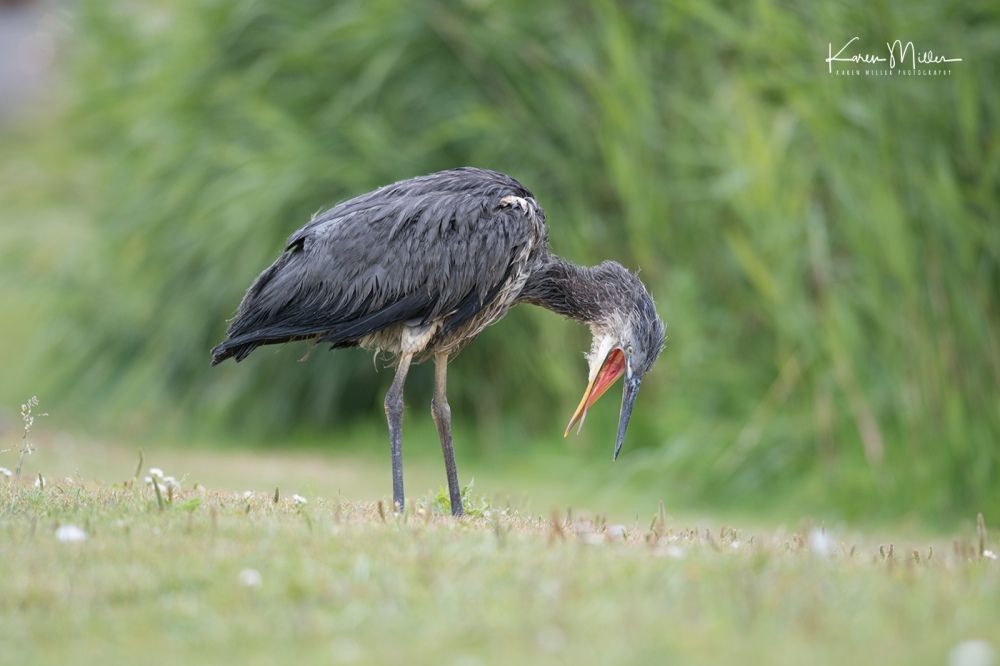 …directly towards the swan family – fortunately it veered away into some reeds just before the swans became too feisty although it then disturbed some nesting moorhens and came rushing back out the reeds at speed. 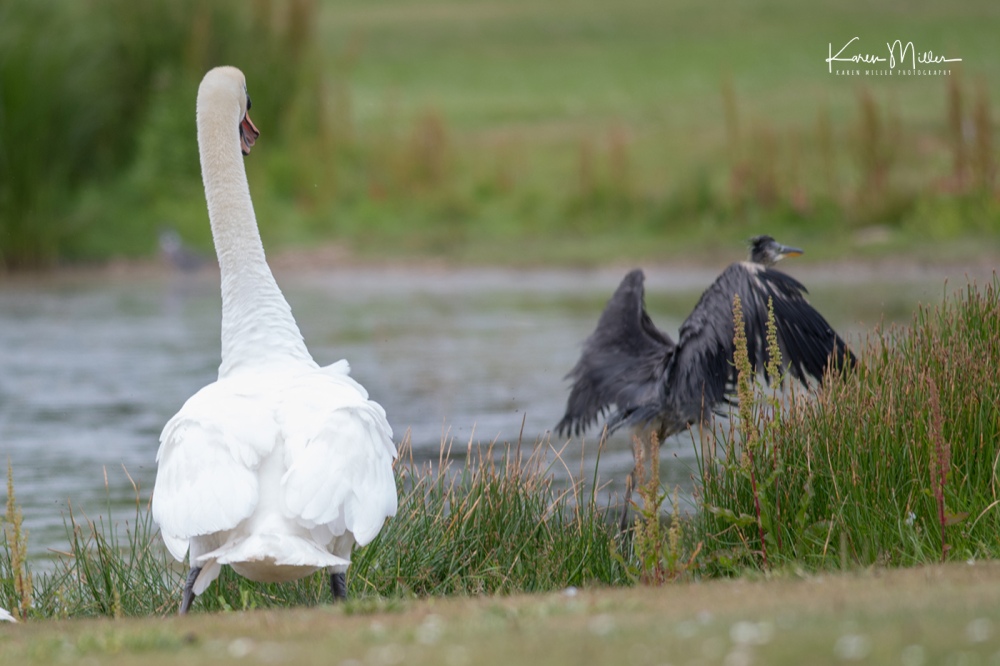 I was concerned that any dog off lead might cause an issue but none appeared while we were there, and it might of course have been the impetus it needed to finally take flight. It did try to fly (but failed!)… 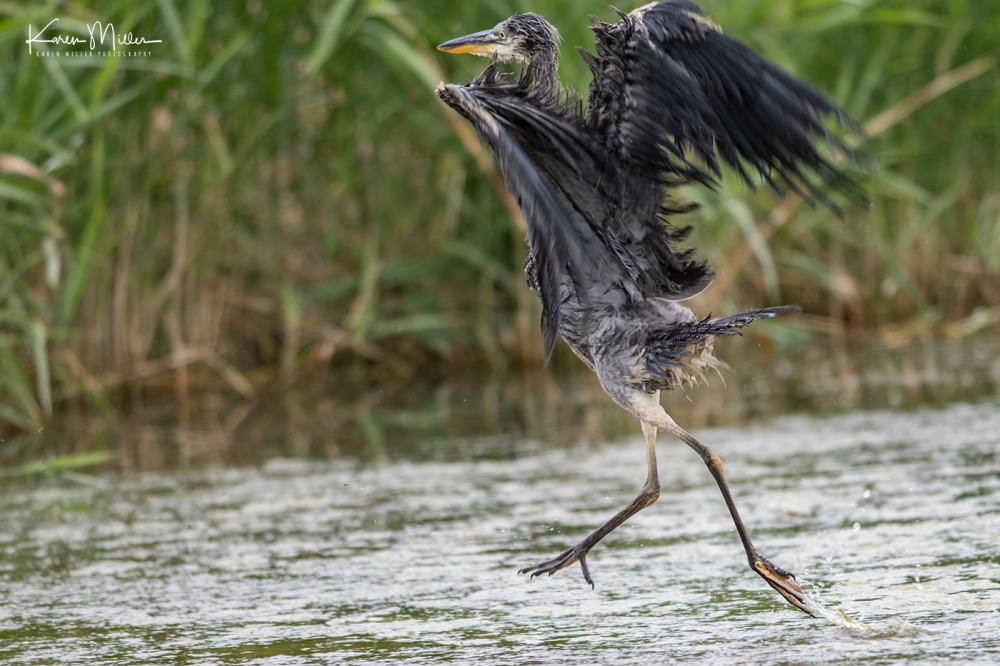 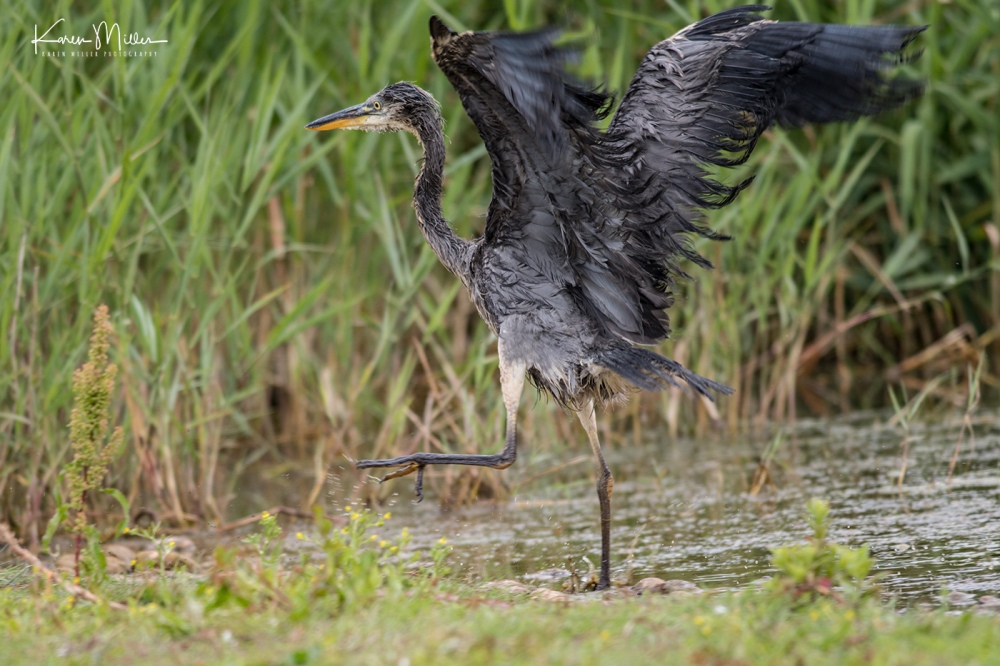 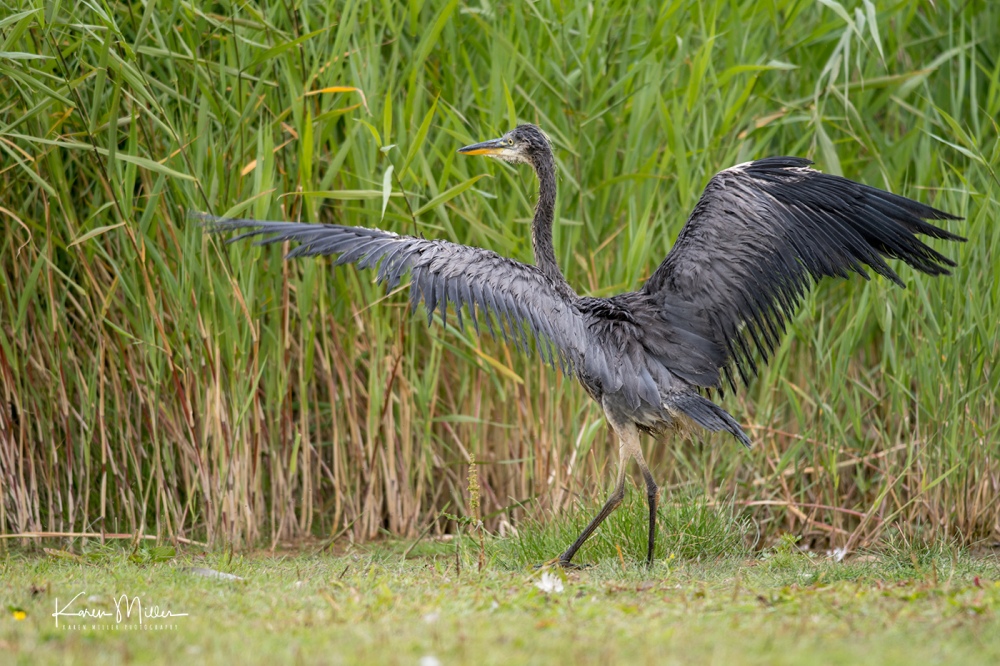 The following day after persuading Murphy (the dog) not to bring a roe deer carcass home from our walk in the local woods, my parents and I drove down to St Abbs Head.  I’ve visited many times but I confess on most occasions I haven’t walked much further than the first cliff side populated by guillemots.  By now, mid-July, most of the young had fledged and the cliff face was almost deserted except for the odd razorbill and shag.  Having never gone much further I didn’t really understand why people talk about how special St Abbs Head is but this time we walked on to the lighthouse where we’d heard there were a few gannets.  Wow – so many seabirds and I imagine quite a few had already departed! This was the rock face with the most guillemots and where the gannets were – apparently they have begun nesting here now, and there are also juveniles who have failed to find any real estate on the Bass Rock.  Chances are good therefore that this will become a new nesting colony for these fab birds. 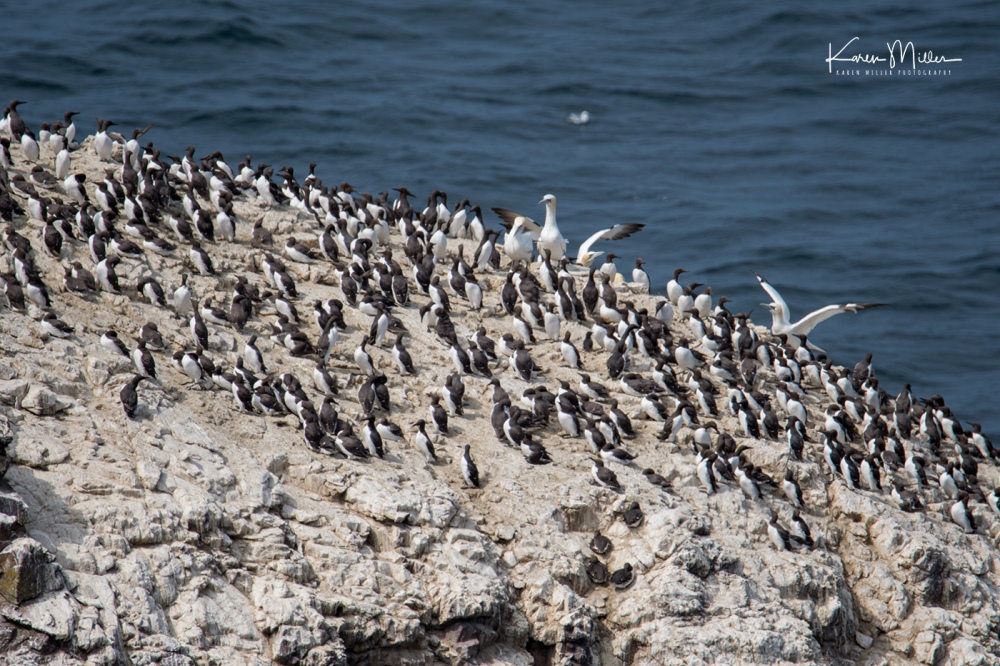 There were still a few guillemot chicks on the cliffs (these aren’t the best images so I’ll keep them small!). 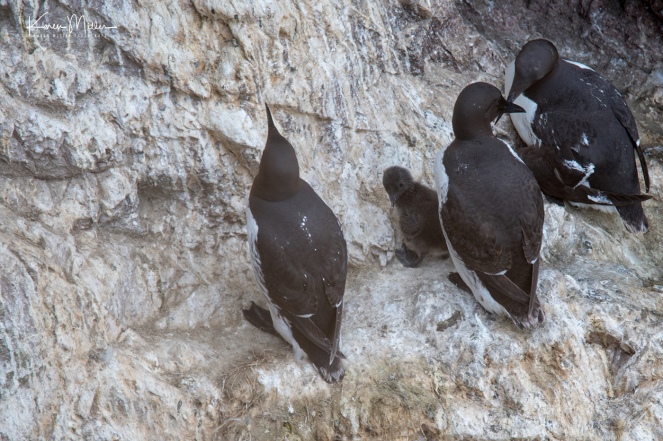 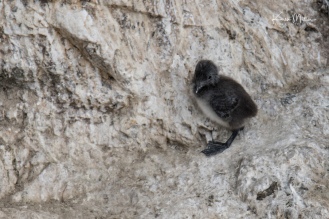 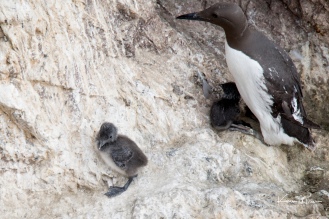 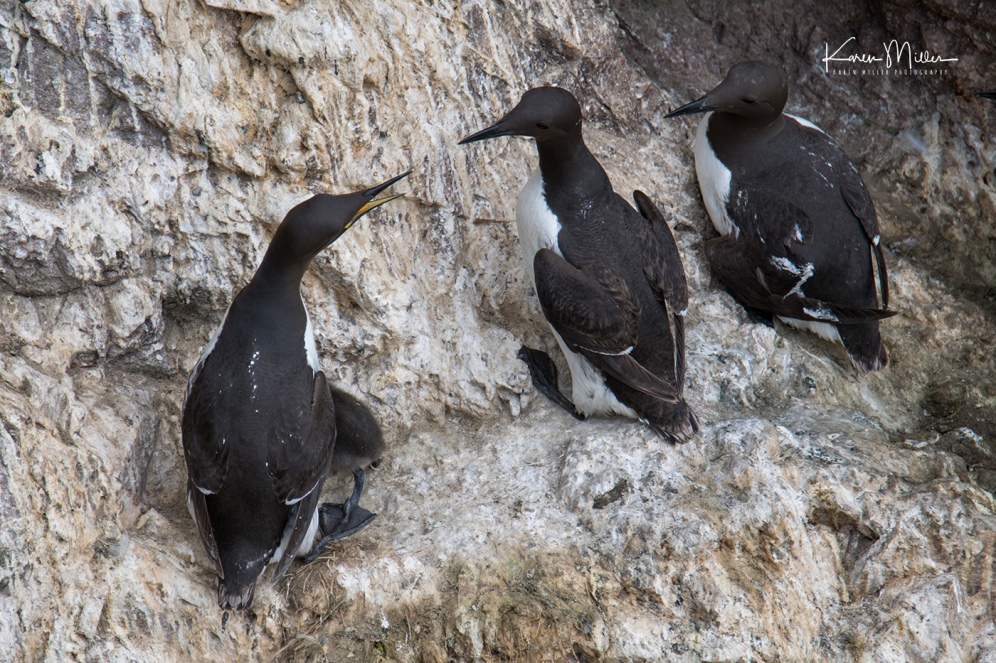 Great to see nesting kittiwakes too – I’d been concerned when I visited Dunbar Harbour in June that there were so few nesting this year – but here, at St Abbs Head, there were a lot of chicks. 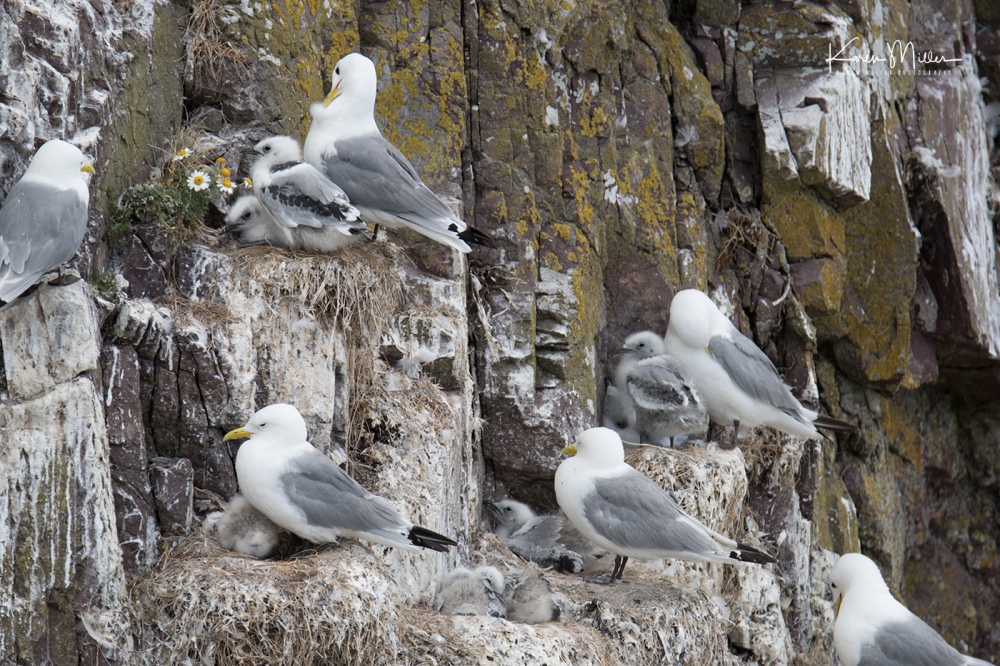 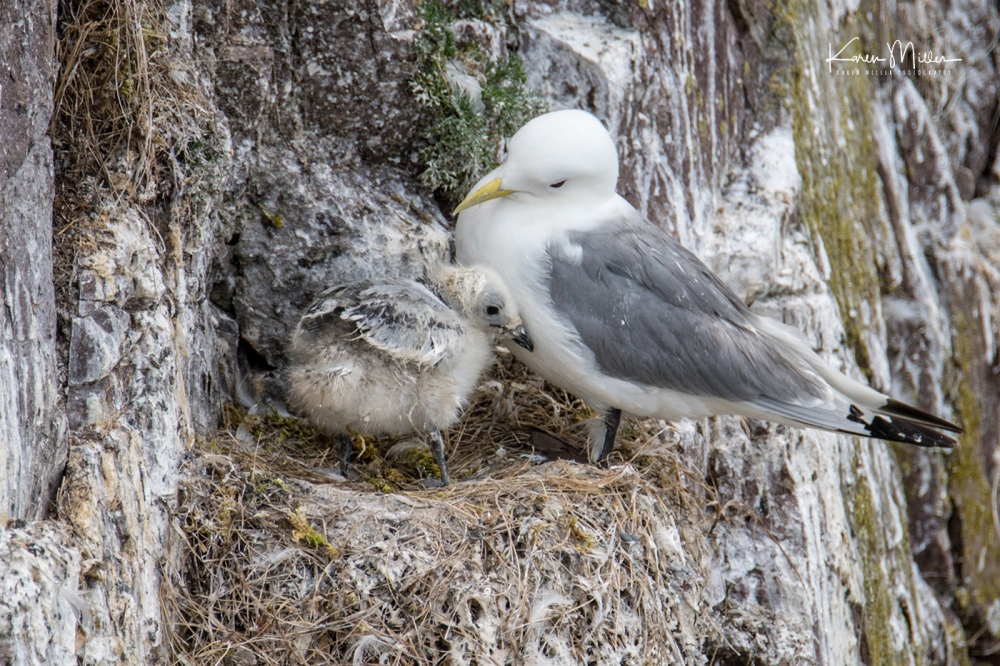 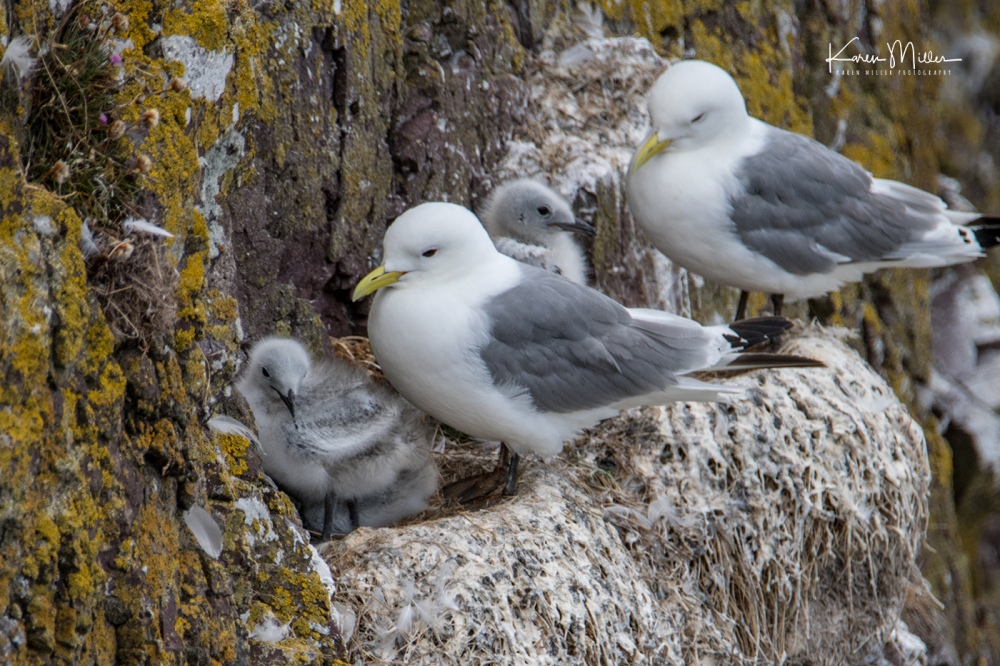 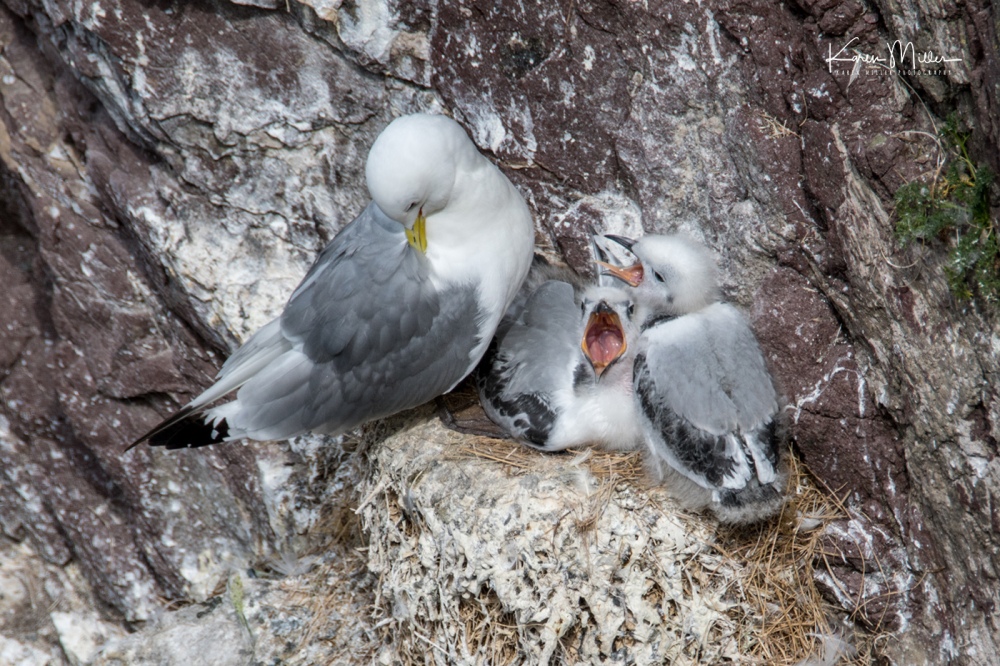 Plenty of razorbills too – a bird I like almost as much as puffins – I love the interactions between the parents (more on that in my forthcoming Lunga blog).  It’s always hard to spot razorbill chicks, they must have them, but…   I did however see one nestled between its parents. 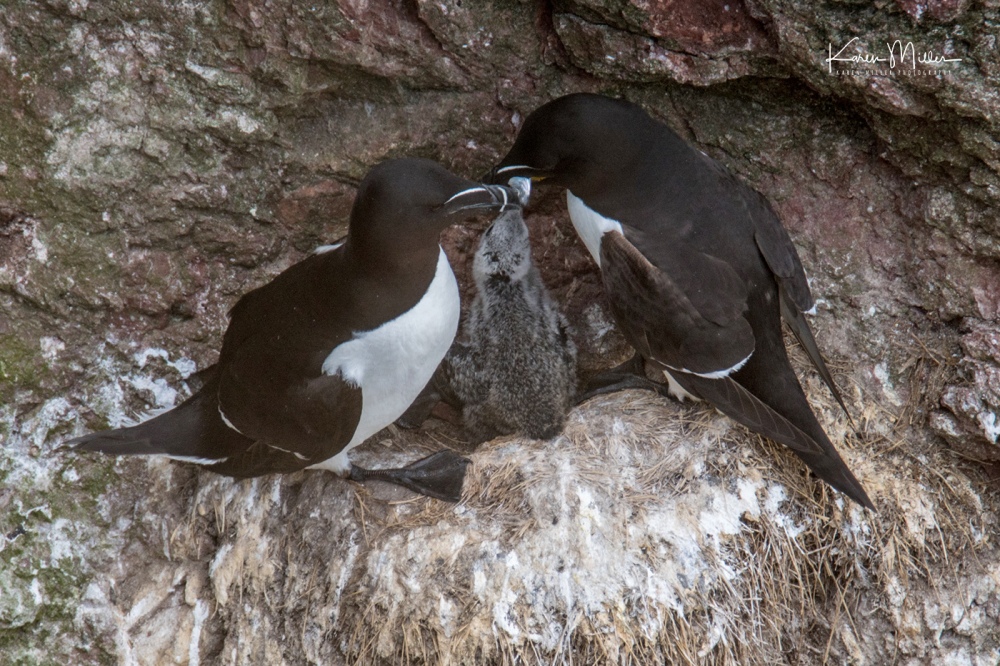 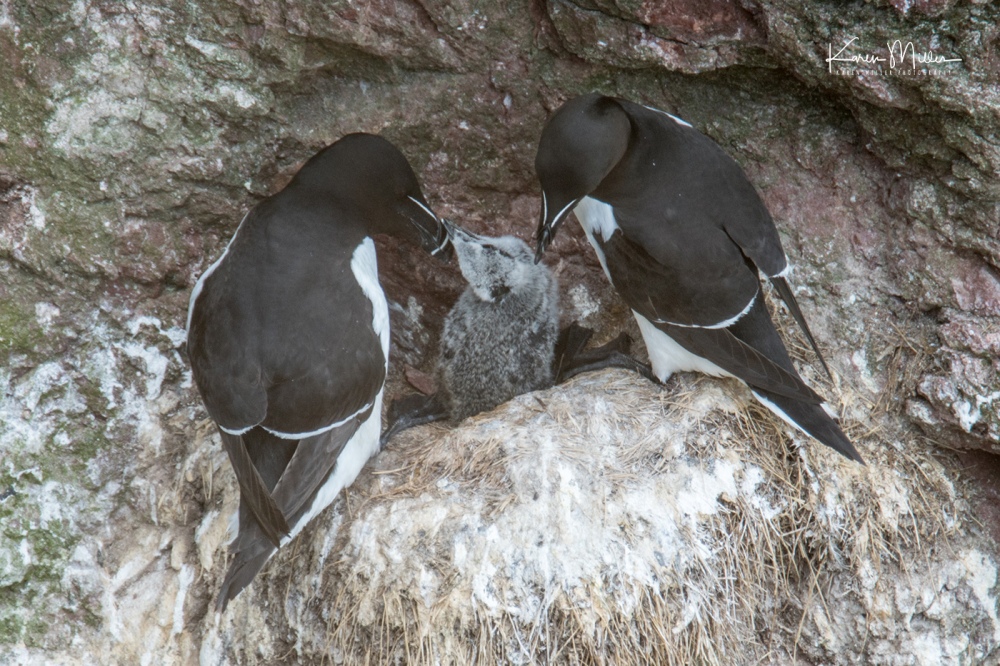 So a very enjoyable afternoon and I could have sat there for much longer watching and listening to the birds.  I love seabirds and appreciate every minute I spend with them during the summer months. It’s always sad to see them depart.

Oh, and I made an attempt at photographing butterflies too. Really needed to spend more time on it and bring a tripod but this was my best attempt – a small copper.

So, definitely somewhere I’ll be revisiting next summer!

Next… Oban and Mull

2 thoughts on “An Endearing Grey Heron and St Abbs Head”