I’m working on an episode of my americana radio show “The Miller Tells Her Tale”  featuring my favourites of the first six months of 2017 and it occurred to me I could do the same for photographic experiences.

I don’t get out an about as much as I’d like to – a full time job, two radio shows and a dog who doesn’t travel make it problematic to venture far from home except on holidays when I can pack the dog off to someone else to deal with.  However, I’ve been fortunate enough to go on 3 vacations so far this year (Scottish Highlands, Mull and East Lothian) and a few outings.

First highlight was without a doubt the 3 days I spent with mountain hares in the Scottish highlands in March.  You can read all about this on my mountain hare blog.  Spending time with these magnificent creatures was wonderful and I can’t wait to return in August.  The highland trip was also memorable for all the people I met, especially whilst hanging out in the RSPB Loch Garten carpark waiting, mostly fruitlessly, for crested tits to visit.  Wildlife photographers, for the most part, are a friendly bunch!

In April I travelled down to the Borders for a day with Laurie Campbell to photograph river otters.  Otters are undoubtedly my favourite animal, there’s something really special about them and there’s little better than watching a family fish and cavort.  It was a fantastic day – the warmest and sunniest of the year so far (not necessarily ideal for photography, but good for sitting and waiting) – great company and plenty of otters.  We were much more successful in finding them than I could ever have hoped for, beginning with an otter cub we stumbled upon at the river bank.  Good to visit some of the locations photographed in Laurie & Anna Levin‘s “Otters – A Return to the River” book.   The day was rounded off with a quick visit in almost darkness to a badger set where I could just make out a family – the first I’ve seen. Hopefully I’ll get a chance to spend more time with the badgers in the future. 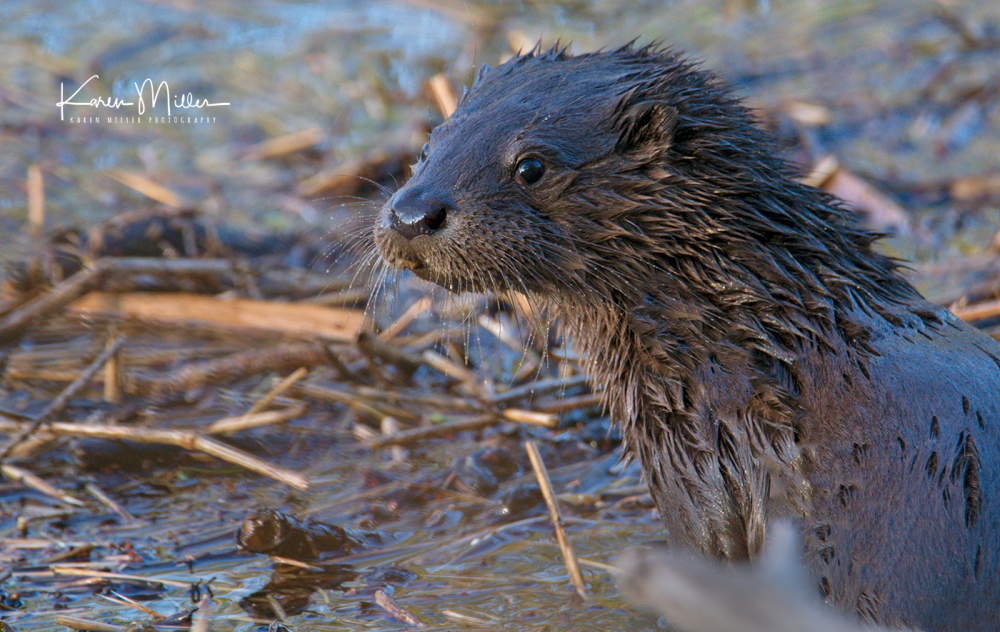 I had a tip-off about a location in Glasgow where I could photograph fossorial water voles – these are water voles that don’t actually live on river banks, but instead reside in the east end of the city in undeveloped grassland and parks.  It was a surreal experience, visiting a city park and finding the voles.  They were adorable!  Once I got my eye in I spotted them everywhere popping in and out of their burrows munching on grass.  They have been very successful in this area, primarily because the reasons their numbers have declined so drastically on river banks are the american mink and the re-development of their habitat neither of which are such a major issue away from the rivers (and in fact the voles in areas being developed are being relocated).  Interestingly these voles were black not the normal brown.  I haven’t yet managed to locate any traditional water voles, but I’ll keep looking. 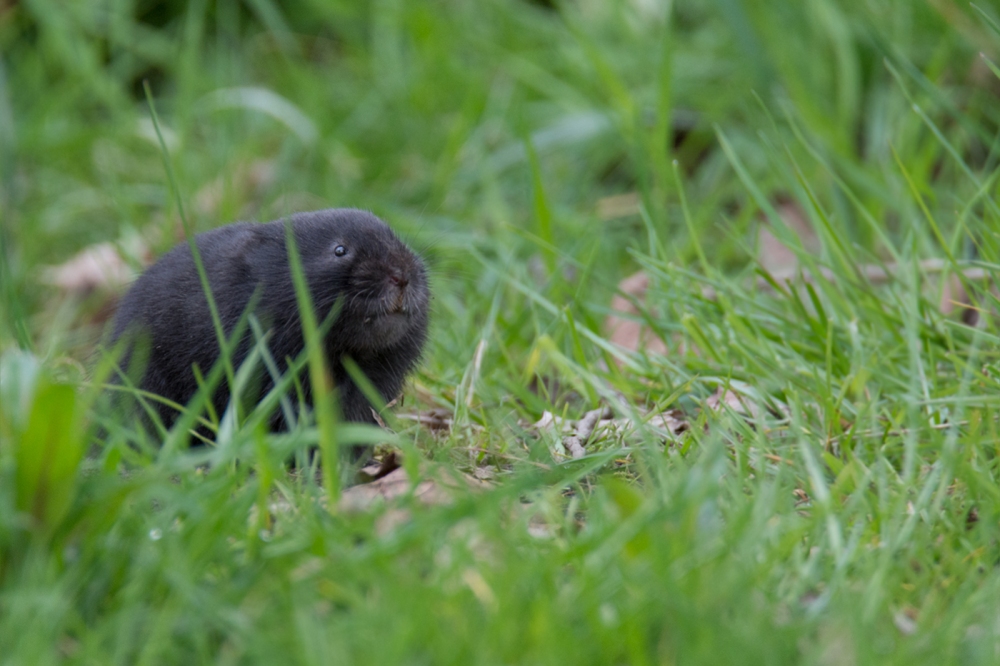 In late April I travelled to Mull for a week.  I failed miserably to take any decent photographs on the Mull Charters Sea Eagle trip as I spent so much time ensuring one of my cameras was set up correctly for my Dad to borrow that I forgot to sort mine out!  Rookie mistake…  I was also less successful at finding otters than I’d have liked, tides weren’t in my favour although I did spend time with one on my final day

However, I was able to spend four wonderful hours on Lunga with the puffins.  More on that experience on my Lunga blog. My parents live in East Lothian, a great place for seabirds during the summer months.  I went to visit them for a week in late May, and had my most enjoyable time there yet.  Not only did I spend time photographing the kittiwakes in Dunbar Harbour…

the puffins and other seabirds on the Farne Islands…

and a brown hare near Fast Castle. But I also finally went on the Scottish Seabird Centre Bass Rock landing trip to spend 3 hours surrounded by the magnificent gannets – fantastic experience.  Again, more on this on an earlier blog. 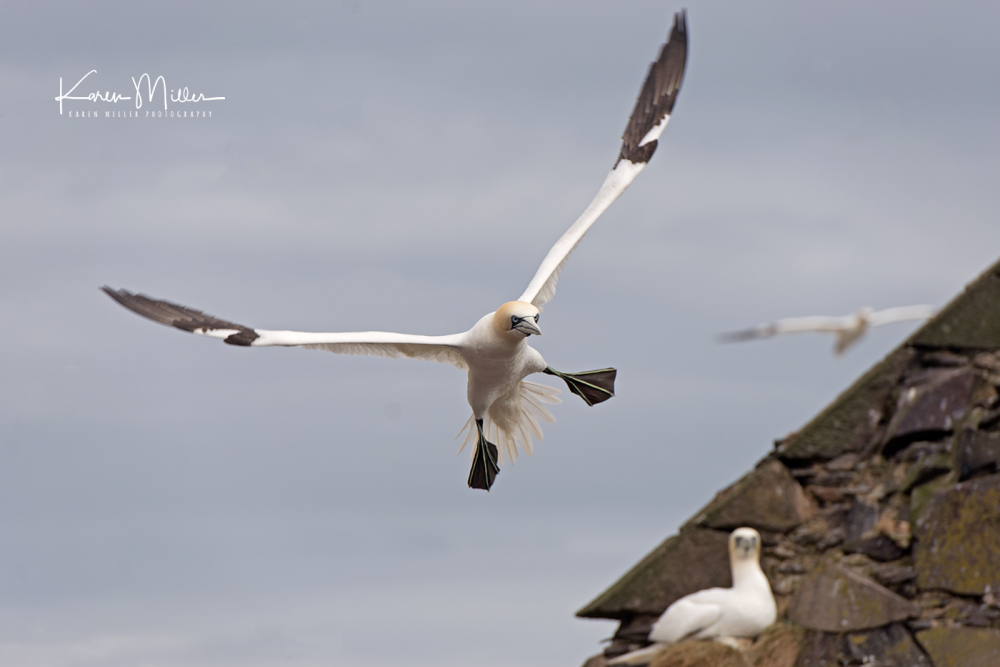 Aside from trips I’ve been published for the first time – four national newspapers and the mail online published images of a puffin being mobbed by a gull on The Farne Islands.

I’ve had photographs chosen for BBC Pictures of the Week and a BBC Springwatch gallery (neither had anything to do with me being a BBC employee!) and I won a Gold Wildlife Award in the June The Societies members competition for this image of a mountain hare from my March trip (the light for the first hour that day was wonderful). 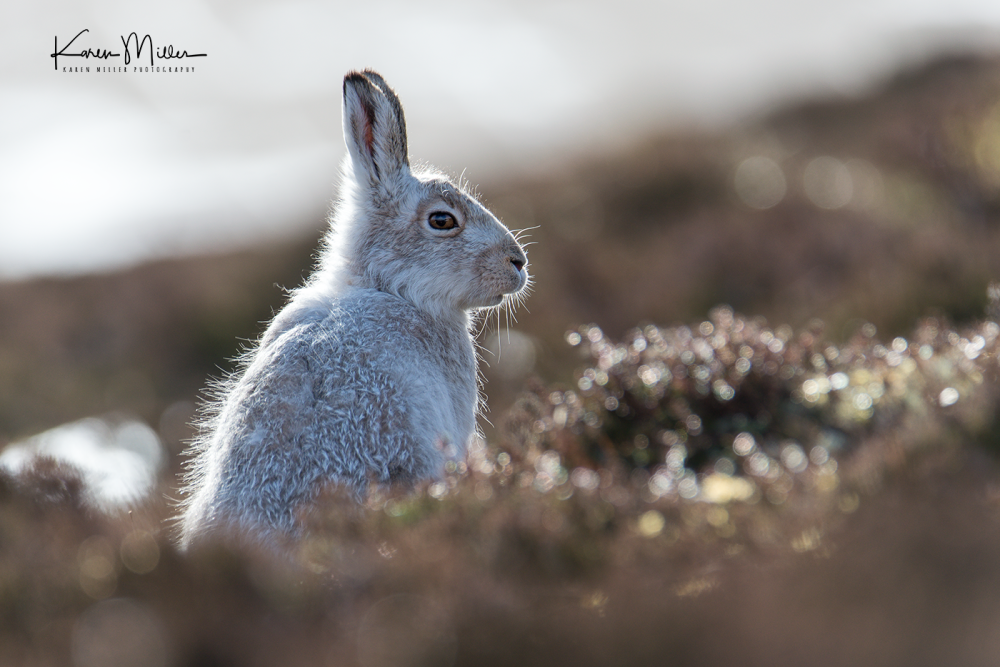 So all in all, not a bad six months. I still have a lot to learn and experience so I’m looking forward to the second half of 2017. Already planned, ten days in the Scottish Highlands in August, an otter workshop in Mull with Andy Howard in November and hopefully my first proper beaver sightings in late July.  Stay posted for updates!